Posted on June 26, 2013
Las Vegas, Nevada gets flipped upside down for EDC weekend with 115,000 ravers taking over the city.  The festival that was notoriously kicked out of Los Angeles for basically being too crazy found its home in Sin City for the first time in 2011 and had to go even bigger for 2013.  EDC can be a little frightening, well not frightening more like overwhelming. The lineup was jam packed over 250 DJs divided by 8 stages over 3 nights!  The DNA mob was running around like crazy people, weaving in and out of ravers and politely pushing our way through the crowds to see all of our favorite sets.  Every time you looked into the sky there were fireworks blasting over the stages and helicopters continually flying the DJs into the festival.  Performers and Go Go dancers interacted with the crowd along side trippy art installations and roller coaster rides. With so much going on it was pretty difficult trying to see, hear and do it all.

Most people plan their whole summer around the Electric Daisy Carnival but I decided to pull it off 12 hours before and trust me it can be done with a positive and I hate to say it but YOLO attitude. I totaled my car on the drive to Vegas and decided to take it as another obstacle to overcome in order to have the most epic time of my life and kept on going.  I didn’t have any rave gear, a hotel to stay at, or even a ticket but there was one thing I knew going into EDC weekend: I was about to hear amazing EDM from dusk til dawn and it was going to be CROWDED. 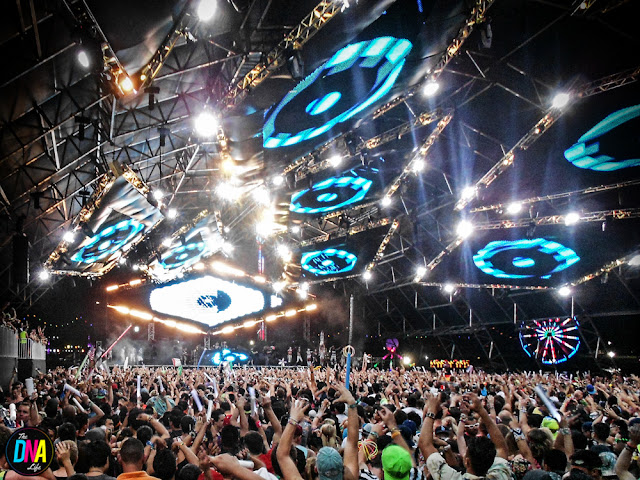 EDC is brought to you by Insomniac Events, a fitting name because it doesn’t start until after sunset and doesn’t end til 7 AM.  Around 7 o’clock PM everyone starts leaving the strip and makes the short but long trek out to the Las Vegas Motor Speedway by car or shuttle.  Its only 10 miles but with all the traffic it takes a bit longer than it should.  Our shuttle was provided by JusCollege.com who has awesome festival and vacation packages for different colleges/universities! From the road you still can’t really see the festival, its only until you get passed the ticket area and walk down the speedway bleachers that you can look upon this massive psychedelic carnival play land.  Then it hits you, YOU’RE AT EDC! 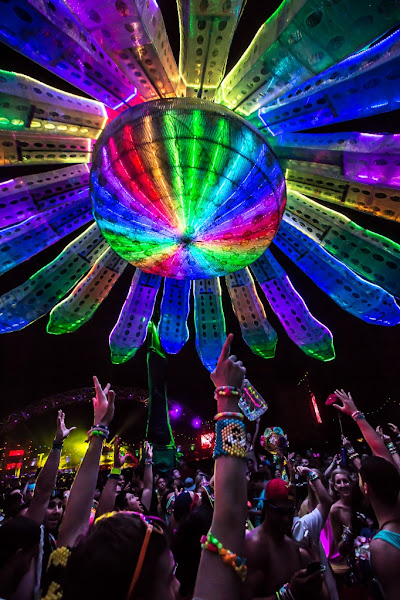 If you happened to be able to see every DJ that was at EDC or even half of them, I don’t think you’d need to go to a rave again because anyone who is anyone was there. I’d give you a list but it would make this blog post waaaay to long. As always Diplo lived up to my fantasies and standards, he came rolling at me in a bubble/hamster ball and told everyone to take off their shirts, which I gladly did because when Diplo tells you to do something, YOU DO IT. Even if you had seen artists before their sets are totally new and one of a kind for EDC.  Dillon Francis had the same visuals as he did at Coachella but dropped the bass a little harder for EDC’s crowd after following a filthy hip hop fused set by Baauer. The DJs really play off the hugemongous energy and you can tell they are partying pretty hard themselves.  DJ Carnage yelled out to the crowd about his own EDC experiences and how he knew exactly what we wanted, and I’ll be the first one to admit my ass hasn’t gotten that low since the first time I heard Blow the Whistle by Too Short in 6th grade.  The DJs were all friends and were borrowing each others tracks, doing remixes and getting you pumped for later performers. 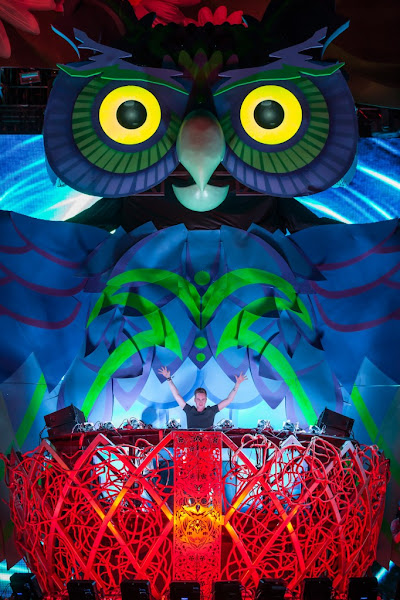 At times Vegas did feel like vacationing at the mall of America.  With such a mix of tourists, the world series of poker and EDC festival goers all happening in the same weekend, I felt bad for anyone who had no idea why girls were running around the strip in neon daisy bras.  I heard some mixed reviews from the OG ravers who have watched the festival grow in popularity since 1993.  The mainstream bro culture definitely had a successful invasion at this years festival but hey, everyone had one thing in common and thats that they like to get down and dirty to some EDM.  I think that I’ll be sticking to smaller shows from now on but the Electric Daisy Carnival is something that you and 115,000 other strangers need to experience together at least once so start planning for next year! 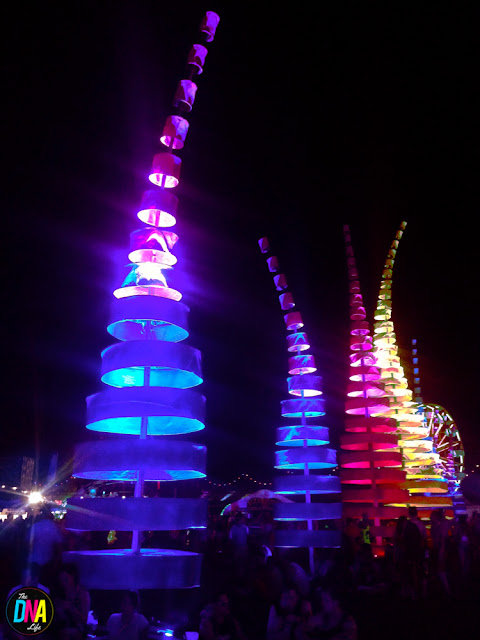 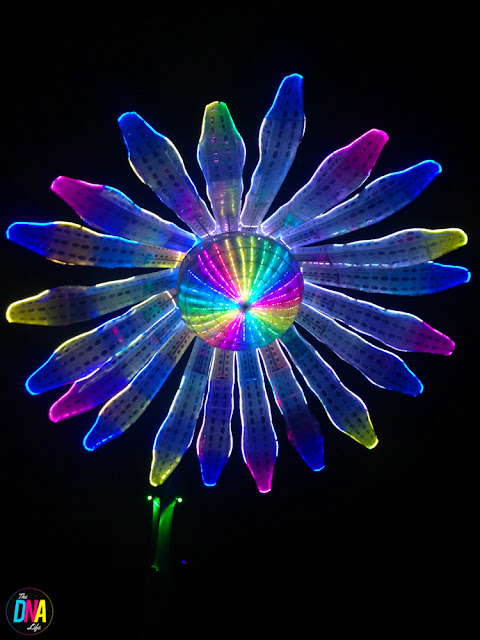