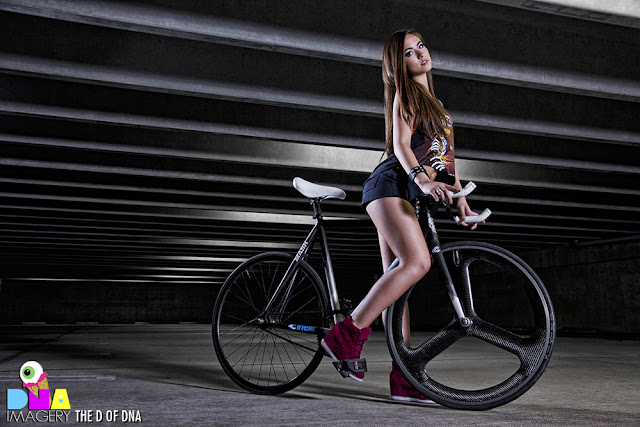 We don’t normally enter into photography contests and actually I have never even participated in one before, but that’s what happened when Devin (My brother) told me he wanted us to join the Fyxation Sponsored Photography Contest.  There was no way around it as bikes, beautiful women, and photography runs deep here at DNA =P.  I had to do it, so I gathered my thoughts and reached out to friend, local artist, and who also just happens to be the #3 Women Ranked in Super-D Mountain Biking in the United States, Olivia Harkness.  I thought that Olivia would be a perfect fit for the mountain biking portion of our photoshoot concept since she eats mountain trails for breakfast.  For the urban fixie portion of the shoot we rung up Hankook spokesmodel, Erica Nagashima.  What’s better than a hot bike & a hot girl? Not much by my measure.  Not only was Erica drop dead gorgeous but she was professional & an absolute blast to shoot with.  I rounded up team DNA & got to shooting.

Check out the rest of the shoot below. 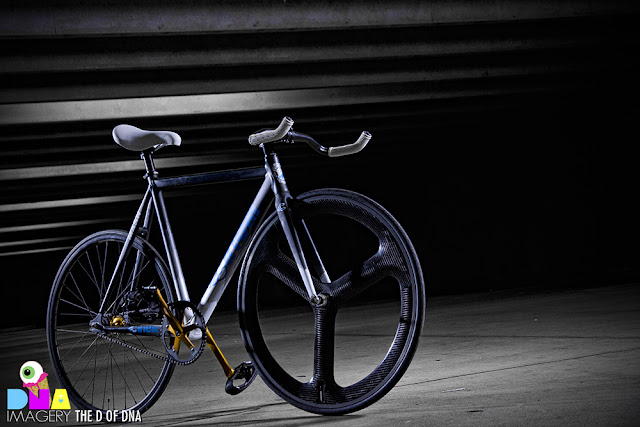 Cinelli Mash rocking Fyxation Saddle, Tires, Pursuit Bars, & Bar Caps.  I didn’t know how I could justify people spending thousands of dollars on bikes until I took a ride on this bike.  Then it all made sense.  This bike is ridiculously light, fast, and comfortable to ride. 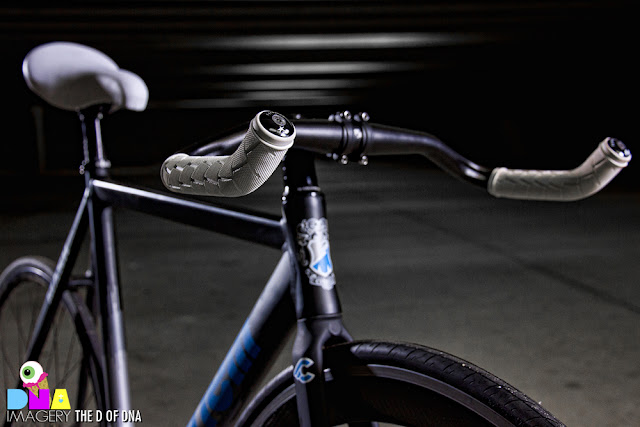 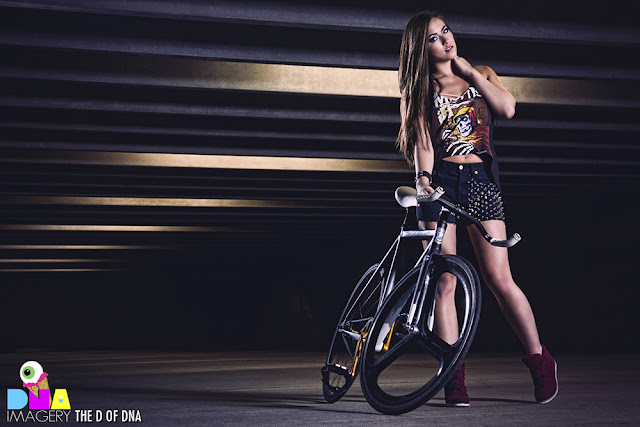 I thought this shot came out great.  Devin put together the bike & the pose, I put together the wardrobe & the location, Paul & Perry helped with the lighting, Ana did the retouching, and Erica did her thing.  It’s really a team effort to put these type of images together & even though you’ll see my name in the credits for shooting it I couldn’t have done it without Team DNA. 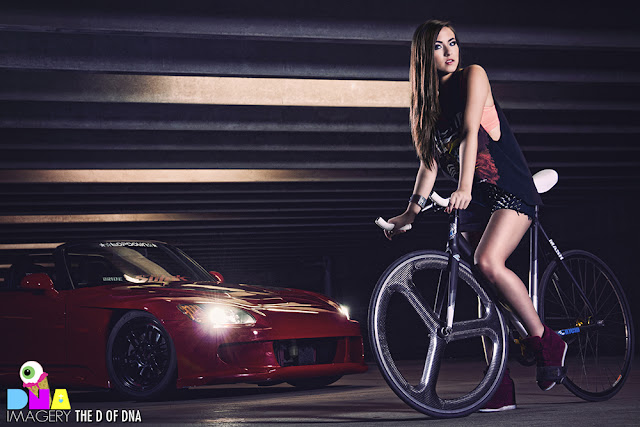 Then we decided to go over the top & throw in a tricked out Supercharged S2000 into the background.  We were going for a fast & furious look that insinuated that bike was speedy to say the least. 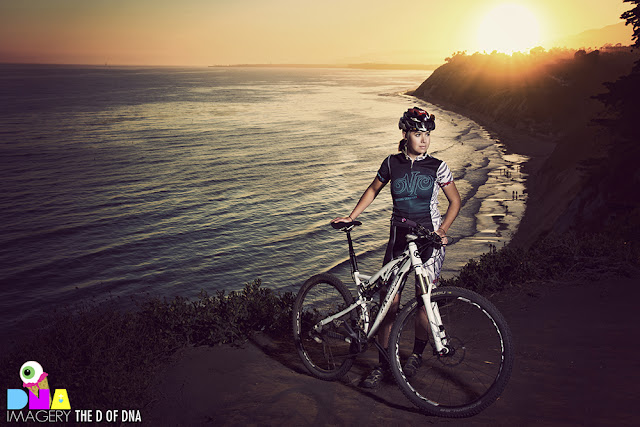 Santa Barbara residents may recognize the background in these shots.  We linked up with Olivia for the Mountain Bike portion of the shoot & captured a few spectacular images.  Above you will see a more traditional portrait shot, but I love the feel of the image as it looks as if it were an oil painting.  We fitted Olivia’s 2012 Kona with a Fyxation saddle & bar end caps. 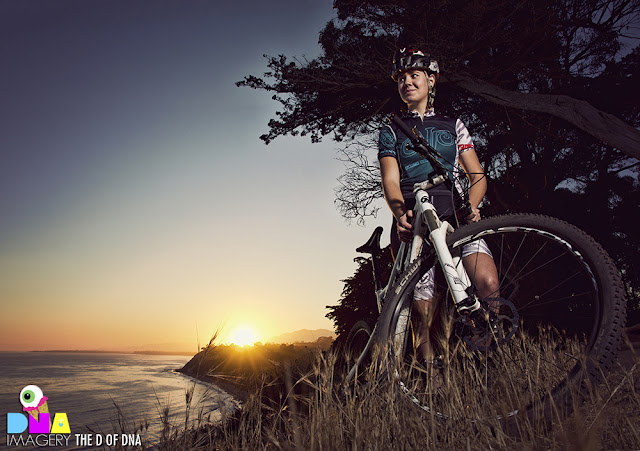 A contemplative Olivia looking for the next mountain to conquer. 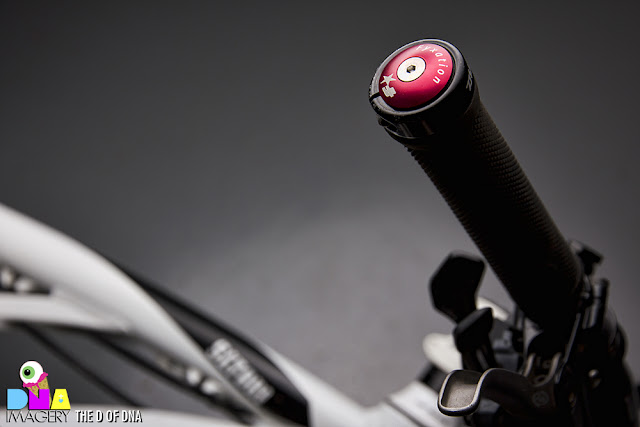 Product shot for the Fyxation bar caps.
All in all we ended up with a pair of great shoots & some sweet Fyxation gear.  We are one of the Top 10 Finalists in the Fyxation Photography Contest, so head on over to Fyxation’s Facebook Page & “Like” DNA Imagery/Derren Ohanian’s pictures if you would like to support Team DNA!  As always a big thanks to everyone that was involved.