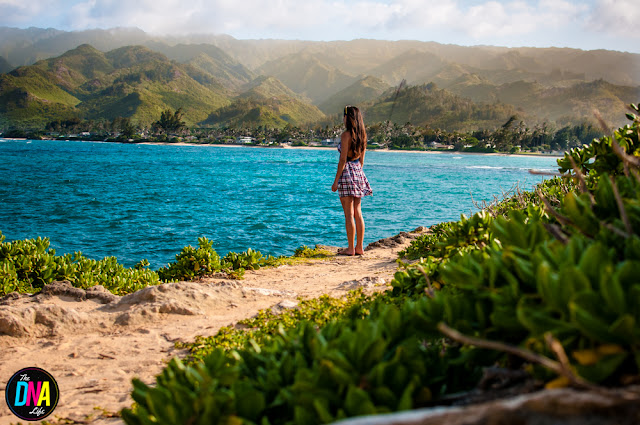 I had visited Hawaii sometime before with my family but I hardly remember it.  My perception of Hawaii was an island filled with over saturated tourism and dudes wearing straw dresses blowing fireballs at other dudes wearing straw dresses.  That perception would soon change, thanks to our TRUSTY tour guide Dannie!  Our good friend Dannie has been going to school in Hawaii for the past 6 months so she was pretty well adjusted with the area.

Within hours of being on the island my perception of Hawaii went from tropical trees and beaches to prostitutes(lots of them), drug dealers, cockroaches, and drunk tourists everywhere.  I found out later we were in Waikiki, a part of town which is known for tourism and all things disgusting.  This was not the place I wanted to be, but this is where I would call ‘home’ for the next week.  Thankfully I only slept in Waikiki and didn’t spend too much time there.

Traveling tip #1: Don’t go to Waikiki unless its to get some udon noodles.  That place is a serious cesspool.

Take a peek at our adventure on the break. 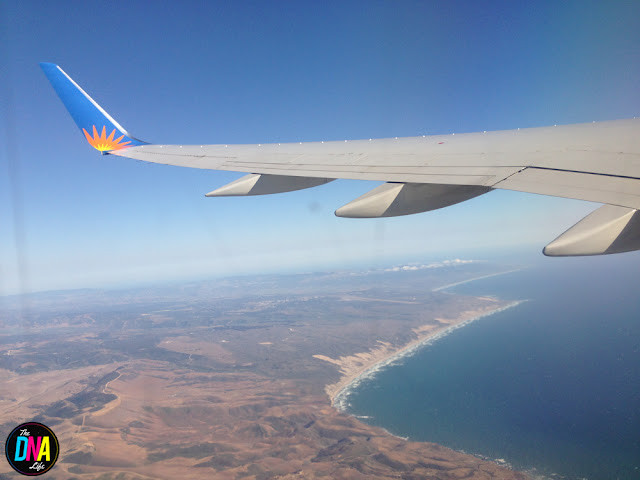 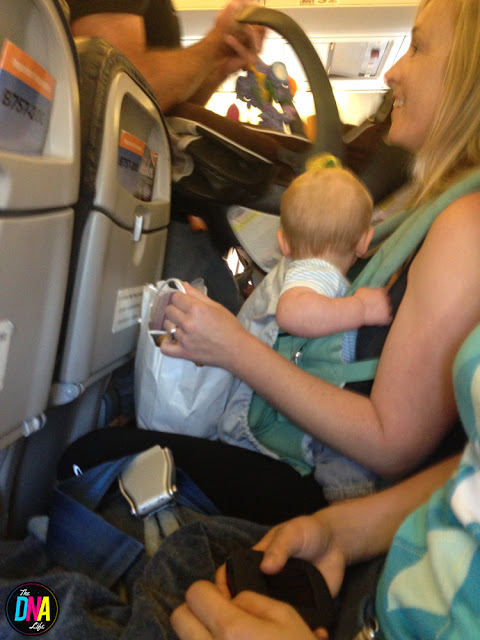 Paul and I didn’t sit together on the way there.  Instead this was Paul’s view for the next 6 hours.  Babies on a plane suck….Lets just say it was a long flight for Paul… 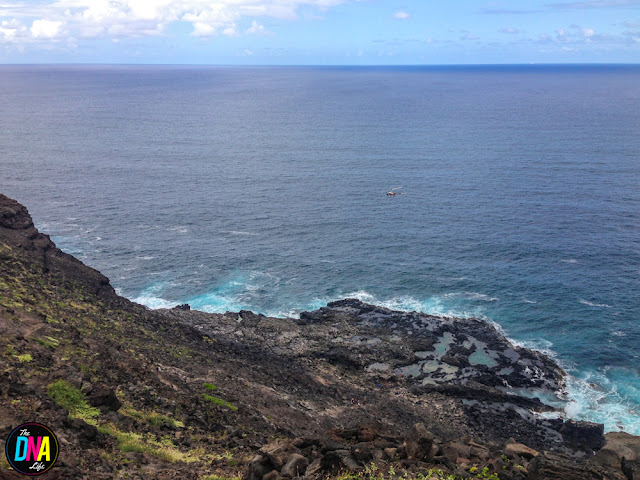 Day 1 Dannie took us to some secret tide pools.  You have to hike up a big hill then go off the trail down this cliff.  See the tide pools at the bottom?  It was about 350 ft of winding through sharp black lava rock infested terrain.  Not so fun when you’re wearing $10 flip flops : ( 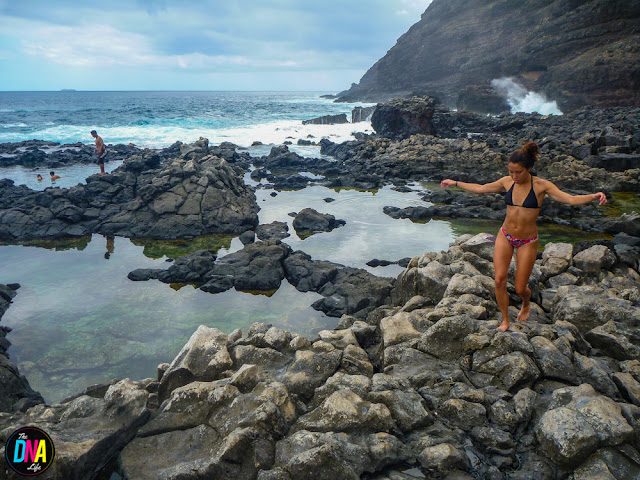 The tide pools were no joke getting down there.  Then once you actually get there, its still no joke, you literally had to watch your step everywhere.  Sea urchin infested waters made us all timid to place our feet anywhere at the bottom of the tide pools. 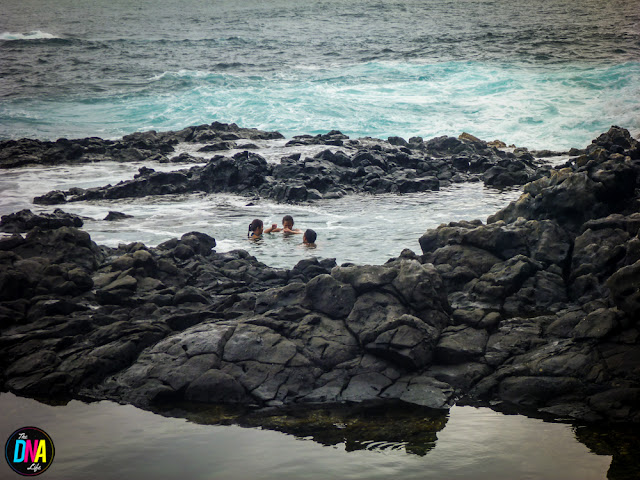 Inside the tide pools its quite relaxing.  You got the waves crashing 10 feet away from you (sometimes over pouring the tidepools) and little colorful fishies swimming around you.  Did I mention there was also a blow hole that howled every minute or so? 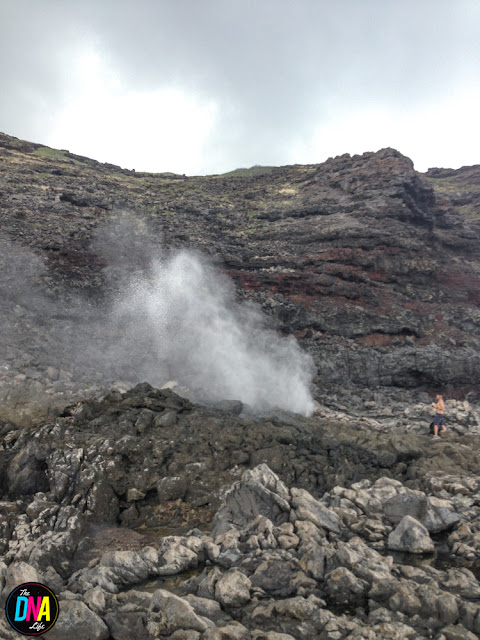 And there she blows. 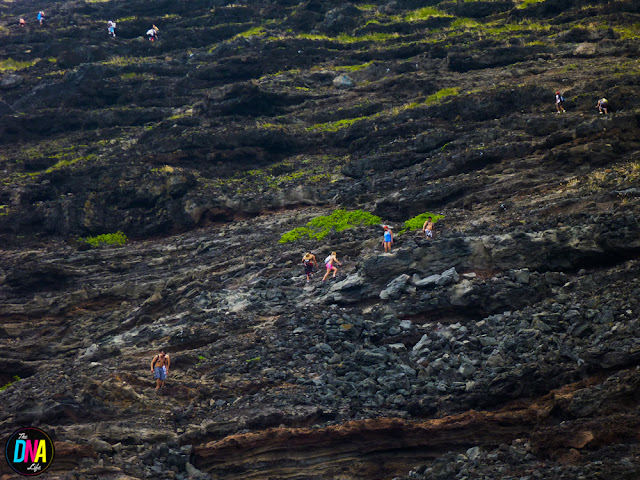 As if the trek down was difficult enough, as soon as we decided to head back up, it started pouring…Heavy rain hit us all the way to the top. 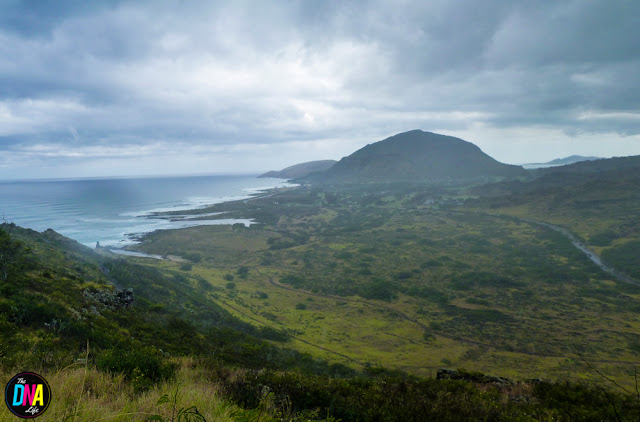 Of course when we got to the top, the rain stopped…Funny how that works…This was our view. 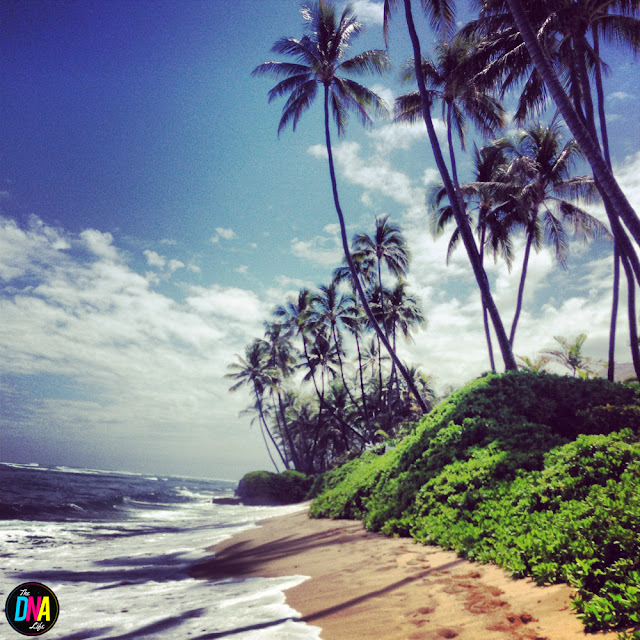 After the storm passed, we decided to check out this little private beach.  Away from the tourists and surfer polluted waters was this little gem of a beach.  I could have stayed on this beach for hours listening to the waves crash and the palm trees blow in the wind.  This was my first taste of the “barrel life” which I will elaborate more on the next post. 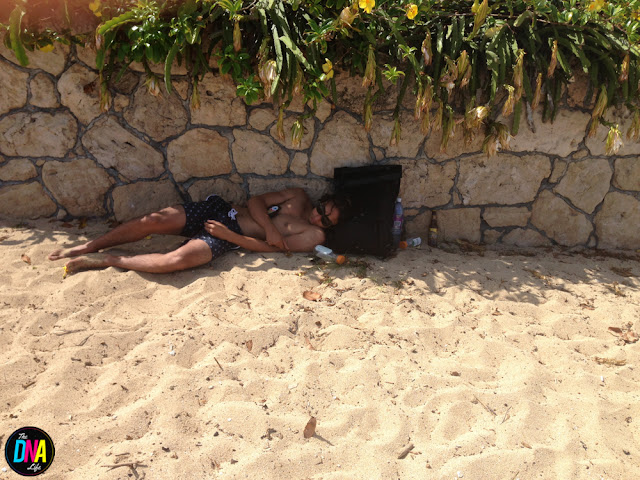 Too many mimosas, yo.  Way too many… 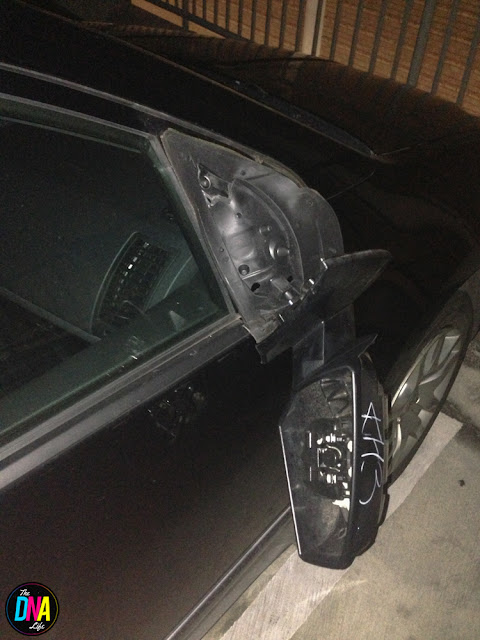 Oopmh, Hawaii wasn’t all fun and games.  For some reason while I was there I always felt a little hostility from the locals.  Our rental car became a victim as it did get vandalized.  Who can blame the locals for being hostile though…I mean United States pretty much came over there and overthrew their queen and said “mine” (imagine a 1 year old taking your wallet and saying “mine”).  At first I was pissed because I didn’t want to pay for this.  But then I was pissed at the car.  I mean if the car wasn’t there in the first place it wouldn’t of happened.  It’s the cars fault… In fact we were all convinced it was cursed since later in the trip it got a ticket, then almost towed.

Fun fact:  Recently Walmart built a new store on the Hawaiian Islands and as they were digging they found an ancient Indian burial ground.  Instead of alerting the authorities they continued their dig.

Talk about disrespect.  After hearing this it was hard not to sympathize with the locals.  Which is why I blamed that cursed car for being parked at the wrong place at the wrong time.

Check out part 2 of our Hawaii adventure later this month.