Checked out Baauer at Casa De La Rasa last night and I whipped this little gem together for your viewing pleasure.  You would be surprised how much respect your video camera gets you while being sardined in between hundreds of party goers.  One gentlemen, wearing a backwards snapback and dripping in sweat without a shirt on proclaimed to his friends, “Let the camera through.” Like a fool and his money the bodies parted to make a little crack so that I could shimmy my way up to the front.  Once at the front the opener for Baauer, Danny Brown, soon took the stage.  After his first song, Danny Brown exclaimed “Damn…Santa Barbara you turnt up tonight.”.  Indeed, “Turnt up” we were, as the event’s security had to cut the music due to “safety concerns” shortly thereafter.  Security struggled to push the crowd back ten steps for a couple of minutes as the barrier was put back into place.  As soon as the beat dropped again the raging commenced on queue as if the music had never stopped.  It felt as if I was in a giant washing machine getting tossed left and right at the mercy of the crowd.  Somehow I managed to hold onto my camera and record the madness.

After filming, I followed Paul as he literally just walked past security and into the green room like he owned the place.  Hilarious!  The green room was empty except for the pizza boxes and liquor bottles strewn around the place.  Oh…and there was this guy, what’s his name? Baauer, yeah that guy, sitting by himself at the table texting some groupie or his lawyer, but definitely one of the two.  No doubt he was enjoying a moment of clarity amongst the rollercoaster ride he’s been on in the last few months.  Paul without hesitation immediately starts peppering him with questions.  After a painful interrogation we let him know he was playing for too cheap and that he should fire his manager after the show.  I doubt he took our advice. 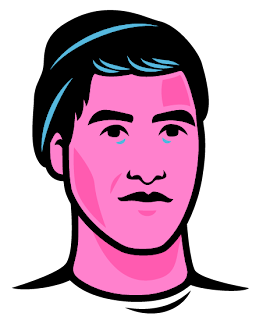